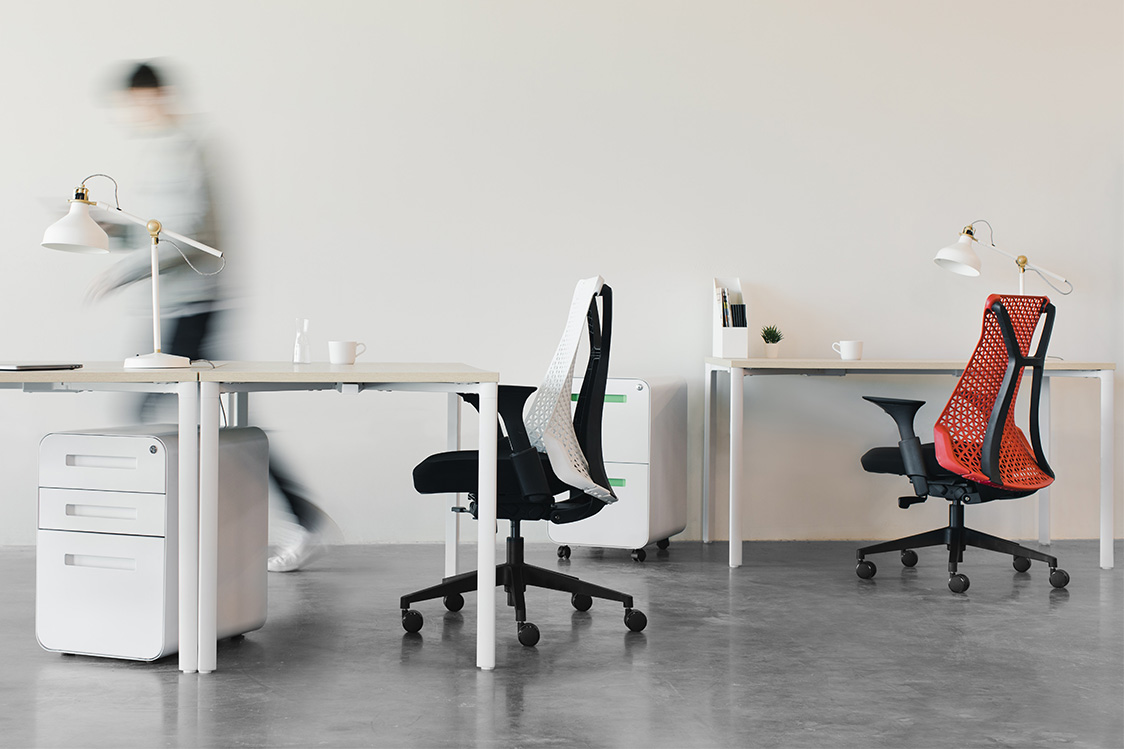 Serviced offices in Manchester and London could help businesses operating in the cities to comply with the government’s COVID-19 restrictions and recommendations.

With the vaccine rollout continuing and UK infection rates relatively low, parts of the economy are opening back up – and for some people who have worked at home for much of the past year, that means heading back to the office.

Under current guidance published on GOV.UK, the government tells employers that their employees are allowed to attend a physical workplace, although where possible they should continue to work from home.

“Where people cannot work from home, employers should take steps to make their workplaces COVID-19 secure and help employees avoid busy times and routes on public transport,” the guidance adds.

The recommendations above were included in the government’s guidance as of an update on April 16th, although restrictions and guidelines are subject to change at very short notice, so employers should continue to stay abreast of any future developments.

How can serviced offices help?

Our serviced offices in Manchester and London offer a great way to get staff back to work in physical premises, rather than working from home, if you feel it is essential for your business to have an on-premises workforce.

Some of the benefits include the ability to allow small numbers of staff to return, with the flexibility to scale up in the future as the threat of the pandemic fades.

But in the immediate term, our serviced offices in Salford Quays are the perfect way to gain premises adjacent to MediaCityUK and Manchester city centre, without asking employees to face the rush hour crowds in the busiest parts of the city.

You can offer staggered shifts so staff can arrive outside of the typical rush hour times of day, as well as flexible working for those who can work from home on some days of the week.

Likewise our serviced offices in London give you a physical location on the Isle of Dogs, neighbouring Canary Wharf but with the option to avoid the crowds if you plan your journey around peak times.

Serviced offices are a great way to gain COVID-secure premises for the post-pandemic period, as restrictions and recommendations are likely to continue to change frequently and without warning, potentially for several years to come.

As the tail end of the pandemic passes, we will continue to work hard, as we have done since March 2020, to adjust to the changing guidelines and provide COVID-secure office space for all our tenants.

Our modern office interiors make good use of materials that are easy to clean and sanitise, and we will provide COVID-safe meeting rooms for hire as long as it is within the government guidelines for us to do so.

This is in addition to all the usual benefits of serviced office space, such as the ability to scale up or down in line with your business growth over time, as well as seamless integration with employees working from home.

More major businesses in the UK may look to local offices, serviced offices and collaborative spaces during the post-pandemic recovery, if they follow the strategy taken by one of the country’s largest financial services providers.

Santander have announced plans to introduce more flexible working conditions for around 5,000 staff, including a hybrid approach that combines working from home, with time spent working in “local collaboration spaces”.

In addition to these, thousands of employees will divide their time between local offices and homeworking, which Santander say reflects a desire found across their workforce over the past year.

Nathan Bostock, Santander UK CEO, said: “The pandemic has accelerated the existing trend towards greater flexible working, and our colleagues have told us this has brought significant benefits for many of them.

“At the same time, physical spaces remain very important and our sites around the UK will provide our colleagues with first-class facilities fit for the future.”

A shift towards local offices?

The plans resemble the Brooklyn model of small local offices described by Chancellor of the Exchequer Rishi Sunak in a Politico podcast in February.

He told the politics site’s Westminster Insider podcast that in the New York City borough, more people are working from small local offices in their own neighbourhood, allowing them to avoid working from their own homes, without needing to commute a long way.

Santander’s announcement is a sign that major businesses in the UK are adopting the same model as we move into the post-pandemic recovery phase, partly due to demand from employees.

As well as allowing a distributed workforce to avoid a return to early mornings and lengthy commutes, more distributed offices are a sensible measure to manage a variety of pandemic risks.

They allow fewer employees to attend the workplace at any one time, reducing the likelihood of spreading an infection.

And in the event that an individual tests positive for COVID-19, there are fewer colleagues forced to self-isolate as a safety precaution too.

One benefit of operating from multiple local offices is the ability to establish a presence in numerous different regions around the country.

Santander’s six main offices after the consolidation programme will include premises at the bank’s UK headquarters in Milton Keynes, the capital city of London, as well as Yorkshire, Scotland and Northern Ireland.

This connects with the trend of ‘north-shoring’ in which businesses look to open bases of operations outside of the south of England.

At the Serviced Office Company we are ready to support British companies who want to follow a similar strategy, with serviced offices in London and Manchester that allow you to set up in the south-east, the north-west or both.

The months ahead are uncertain but the trend is positive. If you are looking to establish a regional office structure to tap into local growth opportunities post-lockdown, contact us today to discuss our serviced offices in Manchester and London.